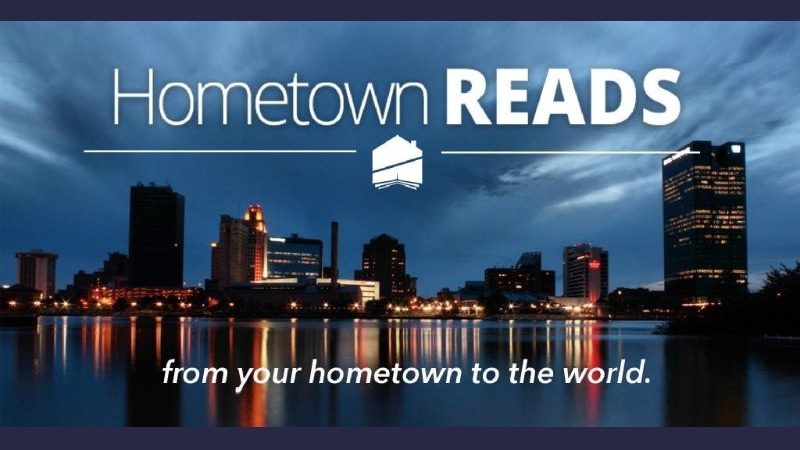 We’re taking a break from our regularly scheduled Friday programming (a.k.a., book launches!) to share some exciting updates for Hometown Reads! Not sure what that is? Hometown Reads is a division of Weaving Influence dedicated to connecting authors across the country with readers in their hometowns, through the #ReadLocal movement. The Hometown Reads website is the first of its kind to organize authors by local community, a design intended to facilitate both networking for authors and exposure/connection to more readers.

Hometown Reads officially launched in March 2016. Now, barely a year later, the community has just launched its 50th city (Nashville, TN) and showcases over 1,500 books on the site! Published authors can create an account; add their bio, headshot, and hometown (even if it hasn’t been “launched” yet); list up to four books, including publication information and “buy now” links; and share a link to their personal website, if desired. We also recently added “Find Me Local” buttons that allow authors to link their book to a local bookstore, library, or other resource to further grow the #ReadLocal community.

Speaking of libraries and bookstores — in an effort to direct readers to local sources for purchasing or borrowing books, the option to join Hometown Reads is now available not only to authors and readers, but also bookstores and local libraries! As we continue on the path to incorporating the whole community, particularly seeking to forge strong connections with local libraries and bookstores, we are also working on an Ambassador program, where local authors can volunteer to champion their hometown’s growth and involvement in the #ReadLocal movement.

Authors, bookstore owners, libraries workers, and even readers will also find value in the Hometown Authors blog, which features guest posts from various Hometown Reads authors about their own book marketing journeys, encouragement for newly published authors, and tools to help authors connect with their audiences (including tips that might be of interest to local libraries and bookstores).

Since February of this year, we have been holding Thursday Connect, a bi-weekly, casual, virtual gathering for authors anywhere who are interested in learning more about Hometown Reads, contributing to the community as Ambassadors, or partnering with us to reach more readers and fuel the #ReadLocal movement. Interested in joining? Learn more here. We’ve also recently added a weekly newsletter for our authors, with important updates and ways to get involved further.

Whatever your role in the community, you can be an active part of expanding the #ReadLocal movement!