What It Takes to Get Into the Wall Street Journal 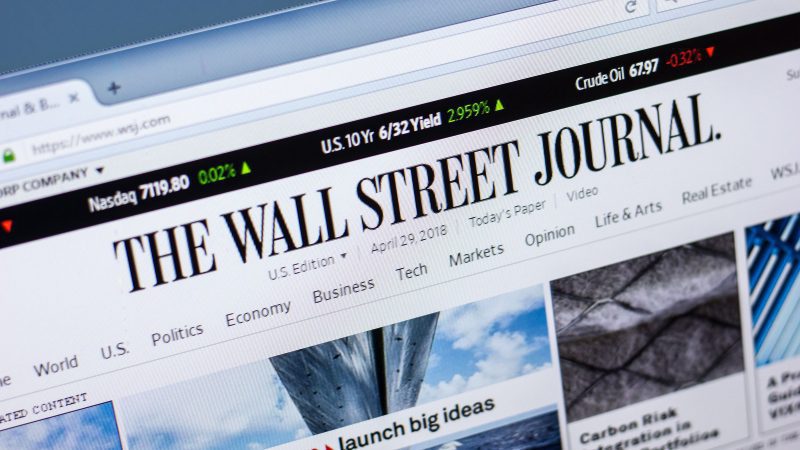 If our clients had one thing in common, it would be that they dream of being featured in the Wall Street Journal, or a top-tier national outlet of its ilk. But as more people have this dream, the opportunities for achieving it are shrinking.

According to a recent survey, a majority of public relations professionals say media relations is getting harder. The main reason is because as the number of pitches to media is expanding, the number of journalists and opportunities are contracting.

This makes landing the WSJ even more attractive. Its selectivity makes your placement extremely valuable and you automatically credible.

Getting a placement in the WSJ or top-tier outlet isn’t impossible, but it requires a special formula for pitching.

Be part of a trend.

Top-tier outlets aren’t going to report on isolated incidents or anomalies. They want to report on something that affects their readers. What you’re pitching must be newsworthy. After all, you’re likely competing with hot news items like plane crashes or hurricanes or political sparring matches. You need to convince the journalists that your expertise is relevant and part of something bigger. If you can tip the reporter off to something that’s happening on a larger scale, they’ll want to be the one to break the news of the trend.

To get in a highly desired placement, you must have a face to put on the story. Almost every good news story starts with a person’s experience or problem, and then moves onto the solutions.

You want to make it as easy on the reporter as possible, so help them put the pieces of the story together. Ideally, you can find someone who was helped by your expertise and someone who has an interesting story to tell. You’ll also want to think about the visual elements. Be prepared to help the journalists find good footage or video to accompany the piece. All this helps the reporter, helps your chances of getting coverage, AND helps you control the story.

Drop what you are doing.

If you get a call from a top-tier outlet (or your publicist says you landed an interview), drop what you’re doing and take the call. Once I had a client get asked to do an interview with CBS News. The time wasn’t convenient for them and so they lost the opportunity. The media won’t wait around. They’ll move on the next thing or find someone else to interview because they’re working on tight deadlines.

Practice your two Ps—persistence and patience.

It can take more than a year of pitching to land in a national news outlet. Skilled pitchers walk the fine line of between being persistent and being annoying. Checking in every month or two to see if the reporter needs anything is okay. Checking in every to see if that story is ever going to happen is a good way to get blacklisted. When reporters say they’re filing something away for later, chances are that’s true. Reporters have no qualms about telling you they aren’t interested in a story. You must practice patience because you’re on their timeline.

But when they do call, be ready!