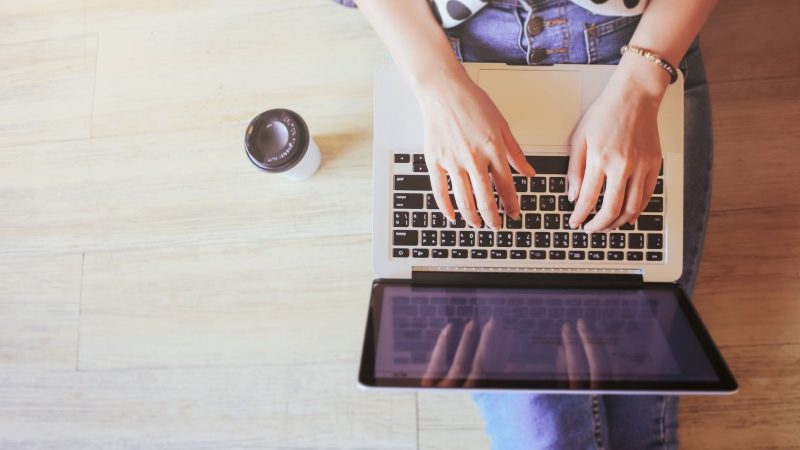 When I first started working with Weaving Influence, I brought the team count up to six. Five of us were married, three had children, and all of us were fairly new to the work-from-home world. Becky’s youngest child was starting kindergarten that first year, and I recall several of our phone meetings taking place while she sat outside the classroom as her daughter made the tearful transition to school. I watched from a distance as Becky juggled running a start-up with being a mom to three busy girls. I knew how busy I felt as I learned the ropes of social media marketing and book launches, and I couldn’t imagine trying to squeeze kids into the schedule.

A lot has changed in the last seven years.

Of that original group of six, only two of us are still working with Weaving Influence. The company has grown up from those early days, as have our families. Becky’s kindergartener will be starting seventh grade this fall, and three years ago my husband and I adopted five kids. After taking a six-month hiatus from Weaving Influence to finalize our international adoption and bring the kids home, I took Becky up on her offer to rejoin the team as a writer and consultant, relinquishing my former role as Book Launch Director. I was on a major learning curve — not only as a new mom of five, but as a working mom. How did this whole thing balance out? And how did all the moms on the Weaving Influence team find time to do it all?

Be yourself: no 2 remote workers are the same

You have to find a rhythm that works for you. Summer number two was a definite improvement on the first year. The kids attended fewer camps, I drove a little less and worked a little more, and everyone adjusted to the new norm. We started to figure out what it meant to be a family, developed a new routine, and Mom working became a part of the schedule. I also realized why Becky had always been an early morning worker — the kids weren’t up yet! A few tweaks here and there that summer, and I finally felt a sense that this might actually work.

Above all: be flexible

Nothing in life stays the same. Work responsibilities evolve, kids grow up, parents age — something is always changing, and part of the beauty of remote work is the flexibility it gives us to lean in to what’s most important at the moment. This summer the kids are old enough to follow instructions, and responsible enough to entertain themselves with very little parental involvement. They know that “mom has to work” and that’s become normal for them. And because they are giving me the freedom to add to our family income and say yes to more projects, I’m also learning to be flexible in what I say “yes” to with them — breaking my normal routine to allow for surprise trips to buy doughnuts, having friends over to swim, family movie nights, or stops for a frozen yogurt treat.

Bottom Line: remote working has allowed us to mature as a company, while opening doors of opportunity for individuals who need a little more flexibility in their lives.

Instead of putting careers on hold while we raise children or care for ailing parents, remote work has made it possible for many on our team to continue to do the work they enjoy, while also pouring into those they love. For me, personally, the freedom of working from home has allowed me to establish a fulfilling career while growing as a mom. It’s not something I expected when I said “yes” to Becky all those years ago, but it’s something I cannot put a price tag on now. Remote work for the win!