6 Ways Your “Ideas” to Solve a Problem Backfire 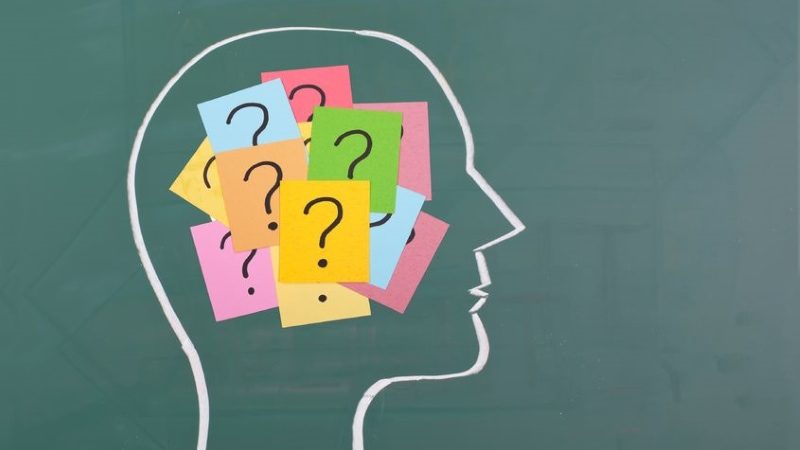 We’re throwing it back! This week we’re showcasing a guest post from Nat Greene about the theme from his latest book, Stop Guessing: The 9 Great Behaviors of Great Problem Solvers, which launched on April 3rd.

People love coming up with ideas. When there’s a problem, everyone jumps to the fore with ideas about how to fix it. It’s very exhilarating and feels great to have all the energy and collaboration in the room.

But coming up with “ideas” is a form of guessing at a solution. Brainstorming is group guessing. “Hypotheses” are — you guessed it — guesses. When we’re guessing at solutions, it means we don’t really understand what’s going on with the problem. It may help us solve easier problems that have only a few possible root causes, but it will simply fail to solve hard ones in complex systems that have hundreds or thousands of potential root causes. Worse, guessing often just makes things worse.

We guess because it’s a natural brain function. In our prehistoric days, we faced problems such as, “what tool should I use to prevent this sabre-toothed tiger from separating me from my larynx?” We didn’t have the cognitive capacity or the time to thoroughly investigate a problem and understand why it got there in the first place. Guessing is also rewarded all of our lives: in school, we’re asked to raise our hands with an answer. Even when we’re wrong, the teacher praises us: “Good guess!” And in work, it’s the same thing: when there’s a problem, people want actions now. They want ideas. They don’t want you telling them, “I’m going to go study this for a while.” But no matter how ingrained, guessing simply won’t solve the hardest, most valuable, and most important problems.

If you and your team really want to solve a hard problem, get rid of the guesswork — because guessing has negative consequences:

When you guess at a problem, it’s because you don’t really understand what’s going on behind it. If you knew, you wouldn’t need to guess. And when you don’t really understand what’s going on, you’re not going to be able to solve the root cause of the problem. This means your “solution” is a work-around that is tedious or expensive. Perhaps you set up a new training program, install expensive monitoring equipment, or replace a system entirely. When you guess, you develop a far more complex solution than if you had found the root cause.

2. Guessing is a waste of time.

Spending hours testing different guesses is expensive. I was at a factory where a machine broke down, halting production. A mechanic spent eight hours “troubleshooting,” changing half a dozen parts until he finally found the broken one. “First I changed out this part, but that didn’t fix it, then this other part, but that didn’t work…” and so on. If he’d investigated the root cause, he could have gotten production back online faster. His approach assumed that six parts of one machine were equally likely to fail at the same time, which is highly unlikely. He didn’t problem-solve, he solution-guessed.

Hard problems might have hundreds or thousands of potential causes, and often, the actual root cause is obscure or hidden. As you try out guesses, you’re very unlikely to mistakenly trip across the root cause. And as you might know, adding new bolt-ons to a business process or physical asset is going to create brand new problems. Integration will run into headaches, new physical additions will hiccup. You’ll need to solve all of these new problems, and you’ve actually taken a step back.

4. Guessing is a huge distraction for a team.

Tasked with solving a problem, teams often mistakenly launch into a brainstorming session. Brainstorming has its place where creativity is required, but solving hard problems is not one of them. Dressed up in an elaborate “process” for prioritizing guesses, such as a fishbone diagram, it’s still just group-guessing — adding further complications, like groupthink and politics, that drive managers nuts. And people tend to get attached to their ideas, dig in, and play power games, so the guess tested first is the one made by the most powerful person in the room. If the team brainstorms dozens of “possible root causes,” all must be tested. One diplomatic solution: get it out of everyone’s system by writing all the guesses down. It’s fun to play “who guessed right” after the fact. But you haven’t wasted endless time and resources belaboring through the hit-and-miss.

5. Guessing doesn’t teach you anything.

Even if a guess eventually works, you’ve spent lots of time on guesses that didn’t, and you probably won’t have any deeper understanding of the problem than you did in the first place. Be aware that any time you “come up with” many possible causes to check, you are guessing. If someone gives you a list of 10 “potential” root causes, they don’t know what’s happening. If your team comes up with 200 potential root causes, no one does. That’s far too many ideas to explore before you run out of time, resources, and energy, and you still won’t know what’s happening. Worse: when a team doesn’t understand a problem or the system behind it, odds are the true root cause isn’t even on that list.

6 – Guessing has side effects.

Say you got lucky: you guessed a solution and implemented it effectively. Unfortunately, this rare victory has some bad side effects. First, you’ve reinforced the habit and fooled yourself into thinking it’s a good strategy and will work again, making it harder to break in the future. Whether or not guessing works, it’s easy, and we find comfort in that. Second, you haven’t developed any deeper understanding of the problem. Instead of spending time building knowledge (since future problems will inevitably pop up), you’ve spent your time guessing and checking. Next time it happens, you’re back to square one. Third, you’re not becoming a better problem-solver. You rob yourself and your team of critical skill development. When you get to truly hard problems, you’ll need all the skills you can get. If you don’t practice using the right behaviors and methods to solve moderate problems, you’ll never master them. You’re going to get shellacked when you try to tackle the hard problems.

I’ve worked with bright talent, fresh out of universities like MIT and Cornell, brilliant young people with technical degrees and a deep scientific foundation. They’ve synthesized complex chemicals and built robots, but facing their first hard practical problem, they all resort to guessing first. It’s a natural compulsion, even for them. They’re trained to solve problems, so realize quickly that guessing inhibits their progress. Once they set guesswork aside, they’re tackling hard problems with panache.

Remember, your brain is going to guess. When it happens, recognize it for what it is — a primitive survival instinct. Then, stop guessing — and get to work.

What strengths do you bring to the table that help your team get past guessing? Find out with this online quiz!