We’re throwing it back! This week we’re showcasing a guest post from Art Barter about the theme from his latest book, Farmer Able. We also worked with him on The Servant Leadership Journal, which launched on March 4.

The pigs are running the farm. So begins the story of Farmer Able. Everyone on his farm—people and animals alike—are downright downtrodden by him. He’s overbearing and compulsively obsessed with profits and productivity. He’s a typical top-down, power-based manager, forever tallying production numbers in his well-worn ledgers.

But the more he pushes the hoofs and horns and humans, the more they dig in their heels. That is, until one day, when he hears a mysterious wind that whispers: “It’s not all about me.”

Can he turn things around and begin attending to the needs of those on his farm, thus improving their attitudes and productivity?

EMBRACED BY THE WIND

The farmer attempted to reassure himself and remain buoyant. But he knew that any tender shoot of change is always the most vulnerable, so he was worried this new plan might just wilt away. The good farmer grew anxious.

He plopped down in his office chair one evening and found himself compulsively wanting to pencil in those declining numbers—as if that would change things!

Unimagined by the farmer, these quivers in his heart actually made their way out to the wind. For if the wind is anything, it is keenly aware of a human heart’s fluttering. The knothole was a two-way corridor. Out went the farmer’s fears, and within only a few breaths, in came the swirling wind. It whistled through the knothole with new wind words, starting with: Believe . . .

The farmer was, or at least had tried to be, on board with this high-minded idea. But “shame” rattled his keys again, as Farmer Able realized he was actually faltering in the “believe” category.

The wind gathered itself and finished its refrain: Believe what you believe.

At first this was a puzzler. To Farmer Able, it seemed a bit redundant, as in, “Of course I believe what I believe; otherwise I wouldn’t believe it.” But then he chewed on the deeper meaning.

As he pondered this, he looked over on the wall. He had hung a few framed photographs. There was his wife and daughter, Patience and Sunny, of course. In the center of this grouping was one of those aerial shots of his farm. His family farm had come down to him from his father’s mother’s father. It wasn’t just land and lapboard buildings. No, it was . . . well . . . him. He “believed” in all it stood for.

It suddenly dawned on him. He was terrified of losing it. If he lost the farm, he wouldn’t just lose a home and the security that came with it. No, he’d lose himself altogether. He would be a loser. A failure.

Just then he wondered: Had he believed only in what he feared? Had fear been driving him all these years? Is this why he was so rough on himself and everything around him? He had to make sure, come heck or high water, that the farm wouldn’t go under—that he wouldn’t go under.

As these questions wafted through his head, the wind gusted again. Farmer Able heard the little singsong in the knothole. He was reminded that the creak of the wind had irritated him before. But now he found himself actually yearning for it.

He sprang from his chair and flung open the old granary window. Whoosh! came the wind. He shut his eyes and threw back his head, letting it rush over him like a cavalcade. Ahh, the vitality of the spring breeze as it brought up the newness of the freshly planted fields was like music to his ears.

Farmer Able looked back as he stood there in the breeze: What’s there to fear? I’m a unique person in the world. I have something to offer. I’m embraced by the wind itself. And because of that sense of belonging to something beyond myself, I can inspire others with their own self-worth. Yes, that is what I believe.

That evening, the wind carried away his shadows. In this new light, Farmer Able saw one thing he clearly had to do. He looked over at the photographs of Patience and Sunny. He had always justified his bad behavior, thinking, I’m doing all this for them. But that dusky excuse just had to go. He knew he had to set things right. 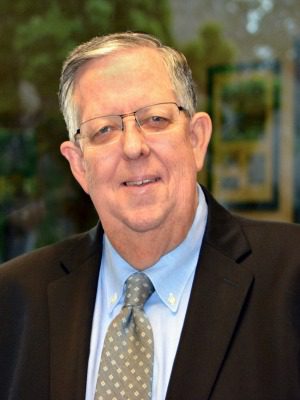 Art Barter uses principles of servant leadership to inspire and equip others, and shares his expertise through conferences, podcasts, books, articles, and blogs. He is the Owner & CEO of Datron World Communications, Inc., a small international radio manufacturer that he and his team grew from a $10 million company to a $200 million company in six years. Fueled by his passion for servant leadership and the lessons learned from the implementation of Datron’s culture shift, Art Barter created the Servant Leadership Institute (SLI) as a vehicle to share his knowledge and to teach others how to inspire and equip those they influence.

We invite you to be the first to leave a comment!

Why I Keep Putting Off the Holiday Spirit