Winter Wheat: A Different Way of Thinking about Goals from a New Homeowner 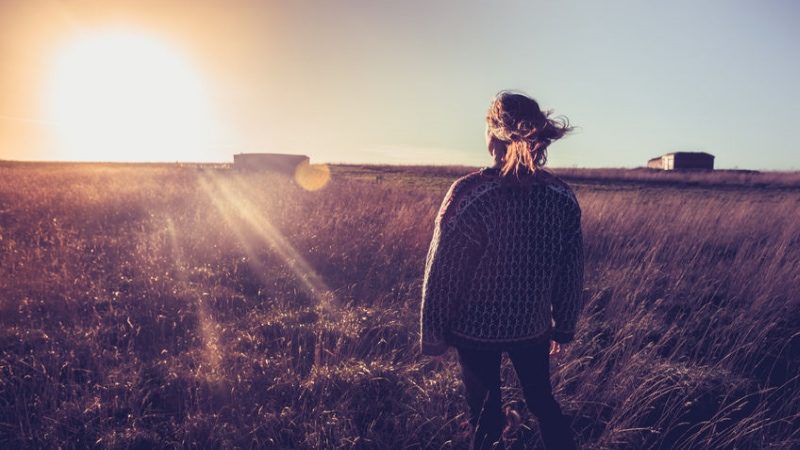 In the American Midwest, where the Weaving Influence headquarters are located, there is a special variety of wheat that grows through the winter. Decoratively, it’s used just about everywhere. Clumped in yards and golf courses, scattered along highways. (It also accounts for 70-80% of total U.S. wheat production.) And honestly, I never noticed it much until I became a homeowner and started to care about things like perennials and low maintenance shrubbery.

Now that it has been hovering just around 0 degrees all week, I really, really like that there is a bit of winter wheat waving cheerily in my yard. It makes me feel like maybe I am strong and sturdy like my pioneer ancestors.

Of course, the thing that’s so cheeky about winter wheat is that it grows when it’s not supposed to. It grows at the “wrong” time. It grows when the calendar is telling those of us in the northern hemisphere to stay inside with a cup of cocoa, reflecting on the past year and planning for the next one. When most plants have wisely chosen to retreat from the cold, and take pause and rest from growing, there goes that winter wheat again.

Both scenarios can be awfully lonely. 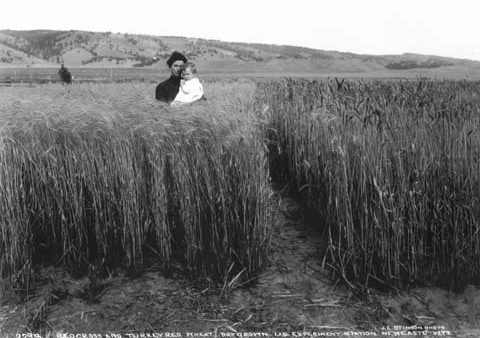 This picture (courtesy of Wyoming state archives) also really captured my imagination this year, just before we made a cross country move 700 miles west: a 1908 photo of a woman and child standing in a field of winter wheat near Newcastle, Wyoming.

I did a little more digging on her. It turns out that a major oil gusher was discovered near this spot just a few years later. Tons of people poured in searching for a profit. This woman was standing, figuratively if not literally, on more wealth than she could imagine. Her life was about to become anything but lonely. 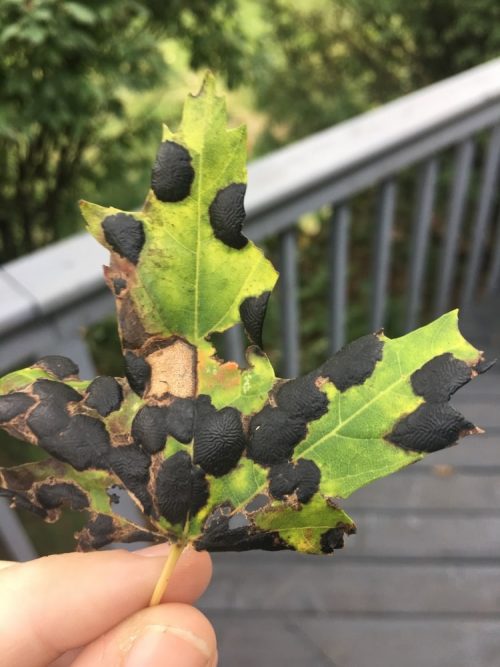 Of course, the great thing about my (decorative) winter wheat is that . . . you don’t really need to do anything to it. Along with so many other plants, it repeats the life cycle on its own. We even learned this fall that in some yards, you don’t need to rake! You can just run the mower over the leaves to mulch them up, which makes a lovely winter coat for tree roots.

This is not true, however, of one particular tree in our yard, which is full of nasty black fungus. The solution for this is to burn every last leaf from that tree, several years in a row, so that none of them make it back into the soil. The exact opposite of my newfound, lazy mulching method.

I love the irony of this.

On behalf of Weaving Influence, wishing you much winter wheat and no trace of fungus in this brand New Year.