4 Ways to Test Your Integrity 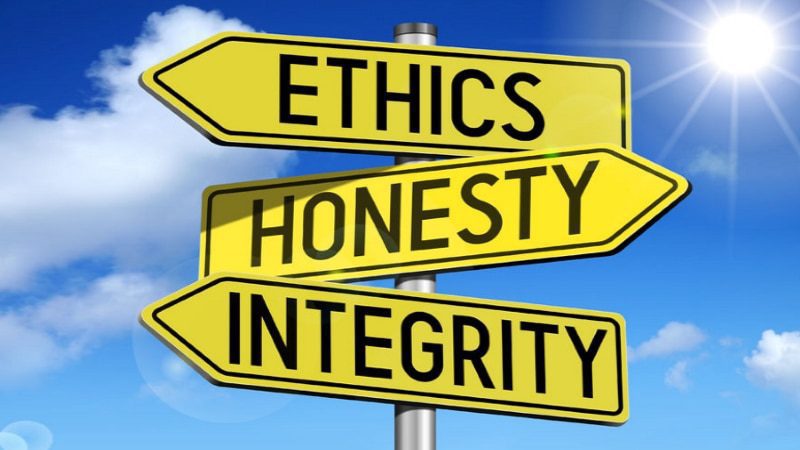 Everyday the headlines are filled with accusations of men sexually harassing women. And some of the names are pretty surprising as they are otherwise respected people who have led highly-regarded careers.

Clearly, there is a crisis of integrity happening in the workplace. And while it appears to be isolated to the media and political arenas, chances are it’s an industry-wide epidemic that’s just now being brought to light.

Thankfully, Weaving Influence holds integrity as one of its core values—and the people here live it fully in their professional and personal lives. And by integrity, I mean, “the quality of being honest and having strong moral principles.”

You don’t have to look hard to find it here—whether it be in honesty with our clients or service to those in need.

I appreciate this value now more than ever. I hadn’t always worked in places that had a moral compass. In fact, I venture to say that the media often turns away from it. I, myself, had crises of conscience where the duties of my TV newscaster job came in direct conflict with my integrity.

For example, I was once assigned to cover a story where a politician’s young son had shot his other young son. I was supposed to get the politician on camera talking about this tragic event. Surprisingly, the man did speak with me but he was so distraught, I doubted he even knew what he was doing.

I know my bosses would not have thought twice about using the interview. They would have been so pleased that we got it over the competition. But I didn’t use it. My value of integrity far outweighed making my bosses happy or a short spike in ratings.

How did I make this decision? I put up my radar.

Here are simple ways to ensure your integrity is in tact when doing business.

Do a gut check.

There really is truth to the saying “trust your gut.” If you’re having second thoughts about a decision, pause and examine why. Ask yourself, “What is causing me to think this way? What belief is forming this thought? What pressure is making me believe my assumption is true?”

My mom once told me that if I ever find myself saying “what the heck?” before doing something, I’m probably about to do something I will regret. It’s held true throughout my adult life.

Get an outsider’s perspective.

Talk with someone who you trust about the situation. They have an unbiased opinion that may be able to help steer you in the right direction.

If you don’t have someone like this available, try to play the role yourself. Ask yourself, “If this were someone else’s situation, what would I think?”

Are you ashamed to talk about what you decided? Would your parents or children be proud of you? If I had told my parents or kids that I used that interview, I believe my parents would have been disappointed in me or my kids would have been taught the wrong life lesson. Always act as if someone is watching you.

If you have the luxury of time, sleeping on decisions can be really effective as you’re more likely to think clearer in the morning. If you’re having trouble sleeping because of your personal dilemma, try writing down your thoughts before bed.

Sometimes acting with integrity conflicts directly with business. While doing the wrong thing may help advance one’s career or bring in the dough in the short term — in the long term, you’ll pay.