How to Stay Engaged in the Workplace 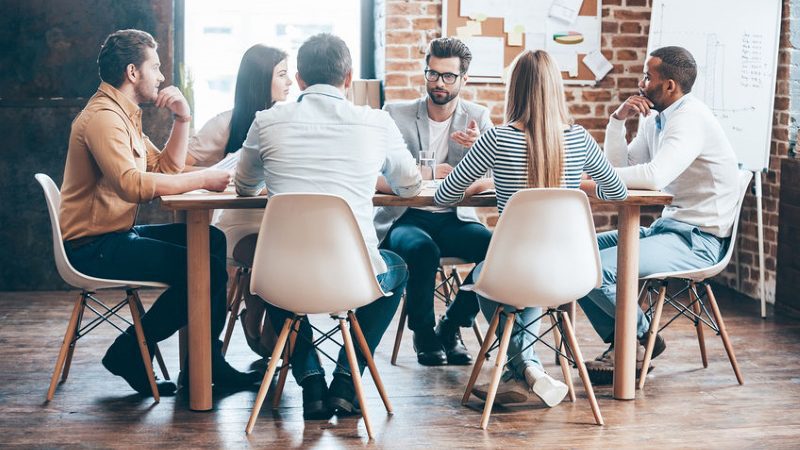 Earlier this month we hosted an hour-long webinar with bestselling author (and 40 year employee of Chick-fil-A), Mark Miller. His newest book, Win the Heart, was just released on March 5th, and he spent his hour with us sharing about the ways that C.A.R.E. (Connection, Affirmation, Responsibility, Environment) can impact organizations and individuals.

I’ve had the privilege of working behind the scenes on Mark’s projects since our first launch with him, back in 2013, and I still learn something new from him whenever I have the opportunity to hear him speak.

Mark has the unique ability to state things in a way that anyone can understand, and quickly gets to the heart of the most common issues that companies and organizations have to face. Whether it’s a lack of leadership, people in the wrong positions, or finding and communicating your passion, Mark’s got a ready answer and — more importantly — actionable ideas to help leaders at all levels get out of the rut and move forward.

Although I loved learning about the ideas and cornerstones of CARE, it was the final 30 minutes of Q & A with the webinar audience that really stood out for me, as Mark answered real problems from real people. These aren’t just ideas found in a book (even if the book ideas strike a chord); they resonate because the real people asking them are regular Janes and Joes, getting up and going to work everyday, struggling to find their passion in the midst of getting the work done, and attempting to follow leaders who fail to inspire.

One attendee asked Mark if he had any ideas for the individual leader who is struggling and not engaged. As much as I appreciate my flexible job and enjoy the work that I do now, I’ve certainly been in situations before where I didn’t, and this question for Mark resonated deeply with me. How do you inspire others when you, yourself, struggle to engage in the work at hand? I would suspect each of us has experienced this very thing at one time or another.

Step Up and Lead

But I think my favorite question came from the person who asked what Mark would suggest when you’re not in a leadership position, but those in leadership aren’t leading. Oh yes, been there and experienced that! Which is why, despite the numerous leadership books I’ve read over the years, his response stopped me in my tracks: If there’s a leadership void, STEP UP when and where you can. See what you can do to close that gap. Try to add value.

And then the real clincher: Leadership is not a role, it’s a FUNCTION. You can fill that countless ways, and you can function as a leader without being in leadership. Can you begin to imagine how our workplace engagement levels might change if we all viewed the role of leadership as one that we could own, no matter what our title or actual responsibilities?

So yes, Mark Miller knows how to sell chicken. He’s been doing it for a long time. But even more than that, he knows how to engage with people and train others to CARE and lead. There’s no telling how the world could change if each of us followed Mark’s example and began to lovingly and proactively engage with others — in the marketplace, online, and at home.

I’m game to give it a shot, how about you?