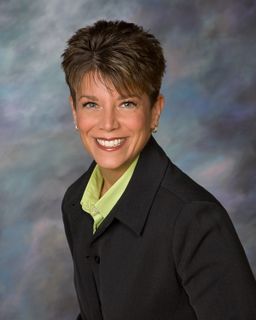 Barely visible, except when you know how to spot it.

When that potential is encouraged and fueled, it can ignite a fire with unlimited potential.

Angie Chaplin’s leadership journey began at a young age, when her capacity for leadership was discerned by caring adults at a Hugh O’Brian Youth Foundation event. They helped her understand leadership as a defining characteristic and encouraged the promise and abilities they saw in her.

As often happens, though, over time, Angie found that her “leadership voice” grew quiet. Though others promoted her and she worked succesfully as Human Resources Director at a nonprofit, she found herself letting others speak for her. She lacked confidence in her own abilities and she felt unable to lead others, even her own family.

As her weight neared 300 pounds, doctors diagnosed Angie as morbidly obese. Angie had to face the fact that her life long struggle with weight was taking a physical and mental toll on her well-being.

Graduate studies in leadership introduced Angie to The Leadership Challenge, a best selling book by James M. Kouzes and Barry Z. Posner. The book served as a primary text for her studies, just as it does for hundreds of students who complete Mountain State University’s Master of Science/Strategic Leadership degree each year.

Angie’s study of the book began with her search for belonging through self-reflection and led to the rediscovery of her leadership voice. Ultimately, it transformed the way she lives, learns, and leads. As a result of her studies, she gained new resolve. After gastric bypass surgery, Angie started a new lifestyle. She lost 127 pounds, began a regular exercise plan. Less than a year later, she completed her first marathon. Since then she has run four full and two half marathons, crossing finish lines while raising more than $5,000 as a charity marathon athlete.

In all she does, facilitating the Leadership Challenge, teaching at her alma mater, working as director of Lutheran Services in Iowa’s Center for Leading and Learning, and spending time with her husband and two young sons, Angie lives to “pay it forward.” She enthusiastically encourages others. Her goal is not to be in the spotlight, but to shine her light on others’ lives to help them see their potential. In coaching and teaching others about leadership, her aim is to love others, invest in them and contribute to their success.

In doing so, she is igniting a flame of leadership potential in each person she meets.