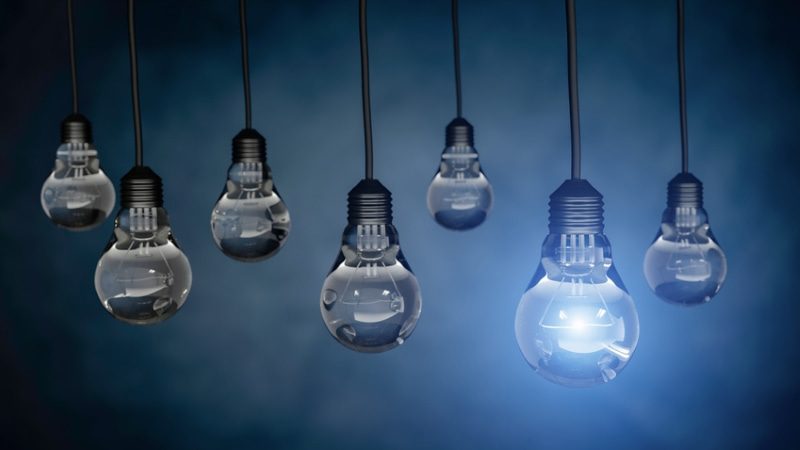 This past month marked my four-year work anniversary with Weaving Influence. Although I only work part-time, the job has had a full-time impact on me in so many ways. Here are just four of the lessons I’ve learned over the past four years.

Start where you are.

As with many of my team members here at Weaving Influence, the story of how I came to be a part of the team is an unlikely one. I had been sidelined from work for a few years, due to severe physical difficulties, and had pretty much given up trying to find a job that would fit both my abilities and limitations. I didn’t want to sit around doing nothing, so I started a blog (and incidentally, wrote a book about dealing with illness), and threw myself into that as if it were a new job.

I spent many hours on Facebook and Twitter, learning the in’s and out’s of social media promotion and networking. I followed other blogs, and started connecting with some of their authors. Somehow I found Carrie Koens’ blog and we started communicating, first via blog comments and then later through Facebook. Eventually I found out about her work for Weaving Influence, which I thought was fascinating, and started following Becky and some of the other team members on Twitter.

Meanwhile, I kept writing for my own blog and promoting it on social media, showing up like a boss for the one small task I could carry out faithfully. One afternoon, Carrie sent me a message on Facebook: “So… did I see somewhere that you did editing for a living?”

I replied that I enjoyed it, and would love to find consistent editing work, but nothing had ever panned out. Then I took a risk and asked: “Do you know anywhere that needs part-time help on a regular basis?”

Her reply: “Not at the moment, but I’ll keep my ears open. Would you be interested in doing any social media work? . . . I’m not offering anything, just trying to get a sense of what you might be open to do in case I hear of something.”

Well, that conversation led to a series of emails, which led to my doing a few one-time tasks for Weaving Influence, which led to a permanent job offer in April 2013. And to think it all happened because I decided to show up and focus on the little things I could do, instead of waiting around for something bigger or better to come along. Faithfulness in small responsibilities often leads to opportunities for greater responsibility.

Growth happens in the discomfort zone.

When I started four years ago, I had little-to-no experience dealing with the corporate world. I grew up in a ministry family, and still serve in a ministry family. Add to that fact that, as an introvert, I’m very happy doing behind-the-scenes work — and you’ll understand how nervous I was the first time I had to speak with a CEO about my work for him.

But I’ve come to realize that people are the same everywhere, no matter what their titles are; and most people care less about your “polish” or business-savvy and more about your integrity, dependability, and personableness. Mistakes happen; but most people won’t roast you over the flames if you own up to the problem and make every effort to avoid making the same mistake twice. Misunderstandings happen; but clear statements of expectations can clear up a lot of confusion, and most people don’t really expect you to be a mind-reader!

I’ve grown in confidence, both as a person and as a professional, by pushing outside my comfort zone in the work I do for Weaving Influence. Whether it’s tackling unfamiliar tasks, learning about new social media platforms, or simply being faithful in my work when I’m not feeling the greatest, there’s always discomfort. But that’s okay — because it means there’s always room to grow.

The first year I was on the team, we set about defining our core values. I still remember the acronym Becky shared with us to help us recall each of our values: G.R.I.P.G.F. It probably doesn’t mean anything to you, but those letters keep the list on the tip of my tongue: Generosity, Responsiveness, Integrity, Partnership, Growth, and Flexibility. (To learn more about each of them, read this.)

Those values aren’t just words to us: we didn’t just stop at naming and defining them. We’ve worked together as a team to analyze where we’re failing or excelling, discuss what we need to keep moving in the right direction, and brainstorm what we can do to keep improving in our service to clients and our work with each other. And the funny thing is, as we become more familiar with each of our values, they start to guide not only our “big” decisions but our day-to-day tasks as well.

“Values matter” may sound like a trite slogan, but it’s not. Knowing and living by your values can make a world of difference, at both the company and individual levels.

Everyone can be a leader.

Hang out with Weaving Influence long enough, and you’ll get a profusion of leadership advice. From being a servant leader, to having courage, to handling conflict wisely, to creating a successful workplace culture . . . if it pertains to leadership, we’ve probably said it or promoted at some time or other. And while much of what we share is sage advice from experts on the subject, a lot of it starts to sound the same after a while.

So I was surprised when one of those nuggets hit home for me just in the past year. Due to a team member moving on, there were some gaps in responsibilities, and some tasks and decisions that came across my radar which I was equipped to handle. But first I had to get over the hurdle that I didn’t have a leadership title — and realize I didn’t need permission to take ownership or responsibility where appropriate.

It was freeing . . . and empowering. I’ve found myself stepping up in other ways since, and have come to appreciate the gold mine in that statement: “You don’t need permission to be a leader.” You don’t need a leadership title or a formal group of followers: anyone, at any level, can be a leader.

I’m looking forward to learning many more valuable lessons in the future as I continue serving with Weaving Influence!