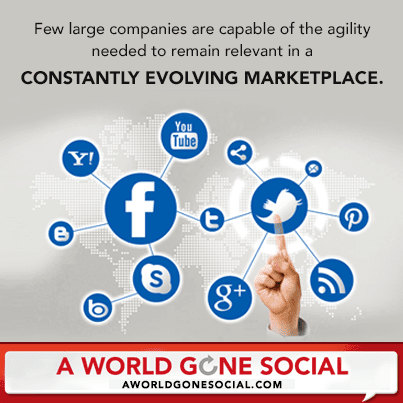 It really is a social world. Back in early 2012, a friend talked me into getting a Twitter account, and my husband forced me into an upgrade to a smartphone. A month later I was tweeting to some woman named @beckyrbnsn and she was asking me what kind of job I was looking for. A few tweets, a couple of DMs, and a Skype call later, I found myself working as a freelance contractor with Weaving Influence.

Becky introduced me to the idea of TWIRL, and I watched as she gathered a virtual team using various avenues: Twitter, Facebook, blog posts, personal recommendations, real life friends. As we grow, our social influence expands and we start opening doors for others. Before you  know it, you’re “friending” people you’ve never met, and developing deeper relationships with strangers online than you do with people in real life. We do live in A World Gone Social, as so well explained by today’s featured authors…

If you’ve ever visited Switch & Shift, you may know those names already.  Did you know they’ve written a new book together? Learn more about this great duo, then continue reading to learn more about their book, how you can get a copy, and where you can catch up with them next month. 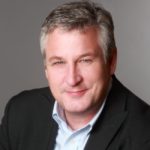 Mark Babbitt is a keynote speaker, blogger, father of five and a grandfather. In his “spare” time, he’s also the CEO of YouTern, a community that enables those in career transition – from college students to workforce veterans – become highly employable by connecting them to high-impact internships, mentors and contemporary career advice. He also serves as President of SwitchandShift.com, and is CMO and a co-Founder of ForwardHeroes.org, a non-profit that assists military veterans successfully transition into the civilian workforce. 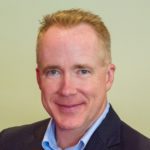 Ted Coiné is a three-time CEO, Chairman and Founder of SwitchandShift.com, and keynote speaker. He’s also one of the most influential business experts on the Web, top-ranked by Forbes, Inc., SAP Business Innovation, and Huffington Post for his leadership, customer experience, and social media influence. In addition to speaking at conferences, Ted consults with owners, CEOs and boards of directors on making their companies more competitive by making them more human-focused. 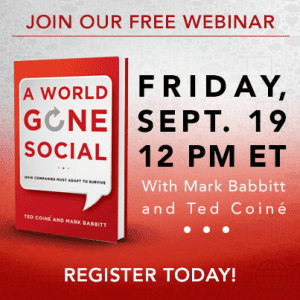 Our team is joining with Mark and Ted to celebrate the September release of A World Gone Social, and we’d love for you to join us! There are many ways to be involved in the launch, including joining Mark and Ted for a FREE webinar, hosted by Becky Robinson. If you don’t have plans, you’re invited to join them on September 19 at 12 pm (ET). Don’t miss this unique opportunity – sign up today!

Want to get social and share the launch with your friends? Check out the resources found on the book’s website, and start spreading the word. Do you use Pinterest? Don’t forget to pin images directly from the website, so anyone who clicks through to them will also be able to learn more about the book. What are you waiting for? Let’s get SOCIAL!