Putting Audiobooks on Your Radar 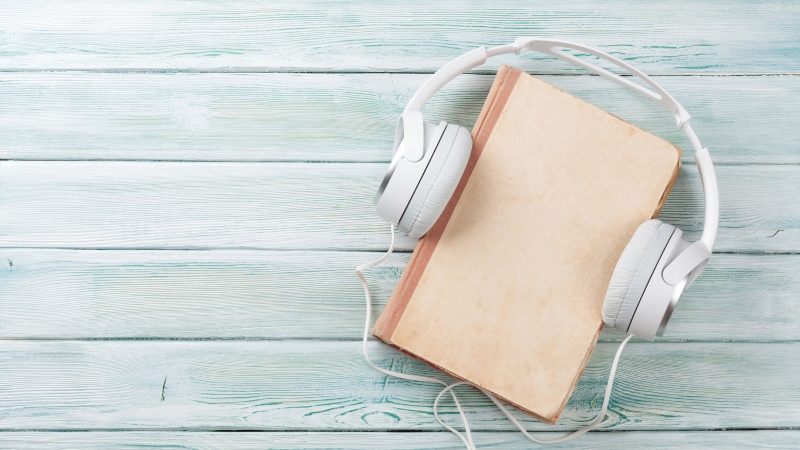 Ten years ago, it was a whole lot easier to pick out the self-published books and authors. The covers often looked unprofessional—like they’d been designed using word processing clip art—and the only format on offer was paperback. My, how times have changed!

These days, being self-published no longer keeps you out of bookstores or regulated to the bottom shelf. Professionally designed covers that can hold their own against any traditional publishing house offering are just the start. Paperback is one option, but so are hardcover and ebook—and now, thanks to companies like ACX, audiobooks are on the rise.

According to their website, “ACX is a marketplace where authors, literary agents, publishers, and other Rights Holders can connect with narrators, engineers, recording studios, and other Producers capable of producing a finished audiobook.” Once the book has been recorded—using either their free or paid options—it can be made available for sale on Audible, Amazon, and iTunes. With the potential for up to a 40% royalty, this is definitely an option worth researching.

You can work with ACX as a narrator/producer, or a Rights Holder/author. For example, if I decided I wanted to pay to turn my children’s book into an audiobook, I could follow the steps listed here, choose a producer, approve the final project, and have ACX handle the distribution. Or, if I decided I would rather record and produce it myself, I could create the audio files on my own and upload them directly to ACX to take advantage of their distribution channels and royalty options. And if I decided I liked narrating, I could also become a narrator/producer through ACX, auditioning for books and contracting with authors to narrate their books for a front-end payment or a percentage of their royalty fees once the book is for sale.

When you’ve already invested a lot of personal capital in publishing and promoting your own book, it can still be scary to take a leap like this based only on what a company website says. With this in mind, I reached out to two members of our Facebook Book Marketing group who had mentioned working with ACX in the past, and asked them if they would share a little bit more about their experience.

Don’t Just Take Our Word for It….

Laura Johnson is an audiobook narrator and producer, as well as self-published author. “My experience with ACX has been all good,” says Laura. “I have successfully produced 15 audiobooks for other Rights Holders [authors] and 1 audiobook of a book I wrote and self-published.” If you’re worried about being new to the audiobook world, or concerned about being taken advantage of, Laura says there’s no need to fret because everything is done through the company and “ACX stands behind you 100%.” Laura is so thrilled with her ACX experience that she even wrote a book about how to get started as an audiobook narrator and producer (which she, of course, narrated herself and produced through ACX).

David Greer is the author of Wind in Your Sails, previously available in paperback and Kindle formats; but he recently celebrated his fourth book anniversary by releasing a new audiobook version produced through ACX. He initially considered recording his own work, but made the decision to hire a producer when he found out how many things were involved in doing your own recording. “Because I would have had to put a lot of time and energy into making the marketing case to attract producers on a revenue share basis,” says David, “for me, [it was] quicker and easier to pay a producer. [It also] attracted many more producers and it was easy to find one who matched my voice.” His biggest surprise was the ACX approval process. While a Kindle book can be approved the same day, it took over ten business days for ACX to listen to and approve the audio content of Wind In Your Sails, which affected his launch plans for the audio edition. Another unexpected delay was the need for a new book cover. In order to meet the size requirements, David had to go back to his original designers and commission a square version, an added expense that you may want to factor in when figuring out costs.

Based on the personal experiences of Laura and David, combined with the wealth of information and options available on the ACX website, I would definitely recommend taking a deeper look into the audiobook world and potentially broadening your horizons and increasing your sales.

You Tell Me! Do you have any experience creating audiobooks or working with ACX? What would you add to this?