Heeding the Lessons of Hermine 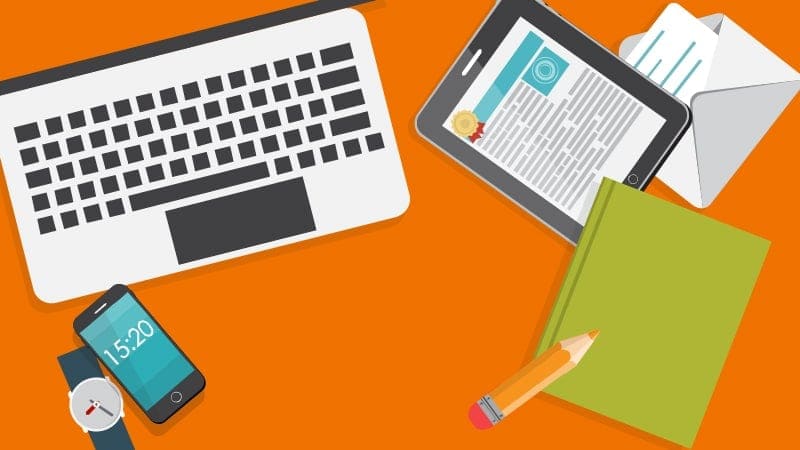 Want to know what will make you immediately focus your thoughts on the topic of “preparedness”? A direct hit by a Category One hurricane, that’s what!

When Hurricane Hermine came ashore near Tallahassee early in the morning on September 2, it was immediately apparent that for many of our city’s residents, the “labor” in “Labor Day” on September 5 would involve hauling fallen branches, doing emergency repair work on homes split apart by toppled trees, extracting water from flooded homes and businesses, and checking on the elderly and infirm. As I write this, nearly 21,500 are still without power, and schools are closed tomorrow (after being closed the Thursday and Friday prior to Labor Day).

While we cope with the immediate issues of shelter, food, water, and safe transportation, and some traffic lights must still be treated as four-way stops, the questions of “how could we have been better prepared?” are already beginning to be asked. They should be. Every disaster is a learning opportunity. Once we get everyone’s lights on, it will be time to ask what we can do differently next time to minimize damage to property, losses to our economy, risk to our safety, and frustration among our people.

Until debrief time, though, a few observations about social media during disasters.

The last time I weathered a hurricane in Tallahassee, it was 1985 and the only real responsibility I had in the world was myself. I spent the night with a friend. It was alarming but I can’t say I ever felt like my life was truly at stake.

With Hermine, more than 30 years later, my list of responsibilities had expanded. As National Preparedness Month (NPM) advises, “Anyone aged 2-102 should be ready for disasters.” My spouse and I shared responsibilities for:

Compared to Hurricane Kate in 1985, social media made a difference in how we responded to Hermine. The difference was mostly positive.

I often joke with friends that it is a double blessing to do something I love (social media) and actually be able to do it as part of making a living for my family. While I am scrupulous and demanding of myself regarding how I represent a client when, for example, I tweet about their upcoming book or webinar, it is not of life or death importance in the same way that communicating about a disaster matters.

Over the past five days as our community has ridden out Hermine together, social media has:

Informed, via tweets such as this one that explained progress toward getting people’s electricity going again, as well as photos which demonstrate the clear danger of making unnecessary trips around town: 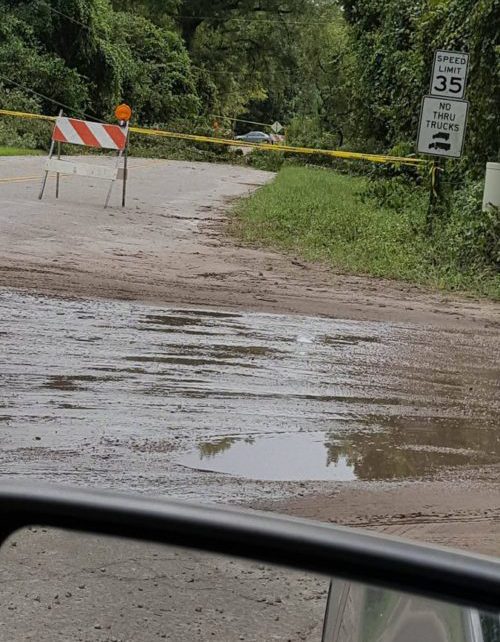 Encouraged, through countless offers posted on social media, such as this one from a friend:

We have power. If you need a place to charge phones, or chill in the AC or jump in the pool, or take a hot shower, come on by.

Expedited, such as this message where our City Commissioner was accumulating reports of residents still experiencing outages, especially if medical situations or other vulnerabilities were at stake:

And, to be honest, given people a way to complain.

This article chronicles the spread of accusations on social media that political agendas impacted the level and depth of “help” accepted from outside contractors, as well as our mayor’s response.

Every effective process involves a debrief

There have been PLENTY of armchair meteorologists, electricians, emergency management specialists, and resource allocation experts sharing their opinions on social media. While these ideas may have merit, I feel strongly that while a crisis is still actively unfolding, we must unify, focus, and prioritize.

The debriefings, though, must take place. I hope we will learn from them. There’s a great writeup of effective debriefing procedures in How & Why to Conduct an Incident Debriefing from FirefighterNation. Describing a well-run debrief as an invaluable opportunity, the article shares:

The information obtained from a critique may be used to complete an informal or formal post-incident analysis, or to develop future training and safety needs through the publication of an article or a hands-on training program.

New Orleans, a city filled with the most resilient people in this nation, will never be the same. My friend described the challenges she and her family faced after Katrina when they needed medical care, as well as the ways businesses have suffered and families have struggled to regain emotional and financial footing.

Five Days at Memorial is impossible to recap in a quick paragraph, but it raised so many questions about processes, ethics, and human nature. In 2016, when we are getting used to (in some cases) our health records being electronically stored by our providers so we don’t have to lug around pages of information, the book reminded me that batteries die and we can find ourselves grateful to have data written down on paper. Medications ran out, professionals trusted the wrong people, the “practice drill” that had been done just days before didn’t begin to touch on the threats from multiple sources that Memorial faced. (This Q&A with author Sheri Fink summarizes some of the issues.)

Sheri Fink says that one of the lessons from Memorial and Katrina was how everyone involved had to learn to act creatively without giving up on basic principles.

The same holds true for those of us who communicate professionally. Disasters push some communication needs much higher on the priority scale, and demand additional creativity, but ultimately we are in a unique position to inform, encourage, and expedite while supporting those who complain.

To do otherwise would be a disaster. 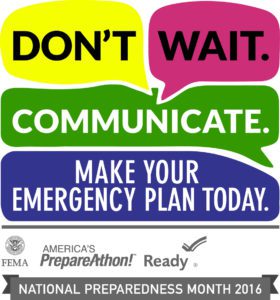