Google+ is Going Away…Kind Of 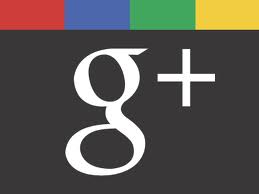 Google+ as a social channel is going away…kind of. Google has announced it’s reorganizing the channel and it’s about to undergo a dramatic change. For most people, this news is a ‘who cares’ announcement because so few people use the social channel. It just never caught on. For social media marketers, it’s time to celebrate. We developed strategies and content for a channel that just didn’t deliver. I don’t want to speak for every marketer out there, but I for one, am happy to bid Google+ ‘farewell.’

Google won’t say how Google+ will morph or what the timeline is, but Google-watchers predict a new future for Google + photos and Google hangouts, both features that did catch on while the social channel floundered. Google+ photos is a dynamic way to store, edit and share photos. That feature will likely expand. In fact, Bradley Horowitz has been put in charge of Google photos and streams projects. Watch for potentially exciting new announcements on that front. Google Hangouts have become a resource for television news stations. Podcasters, virtual companies and more. The Hangout will likely continue and grow, too. Worth keeping an eye on.

For brands, companies, and other businesses who did their best to get some traction on the Google+ social channel—it might be premature for you to say ‘so long’ just yet. Google still uses the platform in SEO, so having a strong brand description and images can have value. There is probably no value in creating custom content for this channel and you may only want to keep posting here if it’s quick, easy and painless. Otherwise, focus your efforts on social channels that will pay you back in increased exposure, brand loyalty and advocacy. More and more, that’s becoming Twitter, LinkedIn and Instagram.

Social media is constantly changing. That’s what’s so energizing about it. We learned a lot from Google+ and hopefully Google did, too. I’m excited to see the new incarnation of Google’s social products. Who knows, this time next year, Google Photos might be the new Instagram. The one thing that’s certain- Google has more tricks up its sleeve.

Tell me something! Have you used Google+? How do you feel about the changes coming?